Switch to the dark mode that's kinder on your eyes at night time.

Switch to the light mode that's kinder on your eyes at day time.

Sorry, haters — it looks like that enormous Givenchy nose ring Kendall Jenner wore to Coachella over the weekend is happening. It’s also the focal point of Dazed magazine’s Willy Vanderperre-lensed Spring cover, which features Italian model Mariacarla Boscono in an array of unconventional face jewelry. Evidently, Riccardo Tisci is really getting into the body mod game, with the bridge bar, studs, earrings, and second nose ring also being of his doing.

This ring style is traditionally worn by Indian women at weddings, so it makes sense that it would pop up at a cultural appropriation convention such as Coachella. Though Katy England and Panos Yiapanis‘s styling for Dazed, which included removing the ear chain and sticking it through Boscono’s septum, takes it from awkward to awesome. Or maybe we’ll just agree to disagree?

These Nose Rings Are About To Be The Next Big Thing, And You Can Blame Kendall Jenner

If you’ve been eagerly awaiting a new trend that’s equal parts distracting and dangerous, Kendall Jenner is here to the rescue! The mini Kardashian used her time at Coachella wisely, debuting not only our new favorite sweatshirt, but also Givenchy‘s new nose… thing. We initially assumed that she just got a hoop earring stuck in her cartilage (does it not look like that? It totally looks like that), but the upcoming issue of Dazed is making it seem like chunky nostril ornaments are about to be a thing.

Italian model Mariacarla Boscono covers the Spring 2014 issue of the fashion mag, looking creepily gorgeous with her stunning white skin, black hair, red lips, nearly invisible eyebrows, and face full of jewelry. I’m not sure what’s going on with the giant black bauble in her Monroe piercing, and I can’t say I understand how she intends to use her peripheral vision or, like, eat food, but high fashion has never claimed to be practical. I just hope Boscono listened to the lady at the Claire’s piercing counter and she’s rubbing a Q-tip in her holes so her entire face doesn’t turn into one giant infection.

This new trend in nose jewelry is inspired by South Asian culture– similar ornaments are often worn in traditional Indian weddings– which will surely come as a shock to anyone who’s ever heard of The Annual Cultural Appropriation Convention Coachella. Cosmopolitan points out, though, that this particular trend might not be as offensive as the bindi Kendall was seen wearing on a different day (along with Vanessa Hudgens, Selena Gomez, Sarah Hyland, and a slew of other non-Indian stars), as nose rings don’t carry religious significance.

Is Indian-inspired nose metal about to be a popular look? Are we going to see these make their way out of the fields of Coachella and onto the shelves of Urban Outfitters, or will they die out after Kendall Jenner discovers Kayan neck rings? We’ll have to wait and see.

Get the best viral stories straight into your inbox! 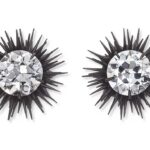 Don’t miss out on new posts

Back to Top
Close